Mumbai and Kannur were so interesting, I almost forgot the real reason we came to India - to see the pepper harvest.

Since I started selling spices a few years ago, I’ve always wanted to come back to India to learn more about the black stuff that sits on nearly every kitchen table. Most of us use pepper on a daily basis, but few have any idea where or how it’s grown.

We drove 2.5 hours east from Kannur to the hills of Wayanad. Along the way, we experienced hairpin turns and Chicago sized potholes which didn't make me long for home. We saw tea plantations and one large, elusive monkey. After driving some 5,000 feet up into the hills, we reached the pepper plantation.

Before I go any further, a pepper primer seems apropos.

Peppercorns are produced from a flowering vine called Piper nigrum. The vines wrap themselves around trees, often growing 30 or 40 feet high. The peppercorn fruit grows like grapes on a stem. Once a year, in February and March, the pepper is harvested.

Workers climb up handmade ladders that they carefully lean against the tall trees to pluck the bunches of mini fruit. The men, slowly climbing up and down the ladders, pick the vines clean. The peppercorn strands are tossed into a sack which is fashioned from a cape that the men wear around their shoulders.

At the end of the day, the fruit is taken to an open area to sit in the sun. After a couple of days, the peppercorns dry out, turning from green and yellow to black.

India is the birthplace of pepper. Explorers risked their lives traveling to Wayanad to bring pepper back to Europe. The spice became so valuable, at one time it was called black gold. In fact, pepper became so desired, wars were fought over the stuff.

Inevitably, people came and took some of the vines from Wayanad to places like Vietnam and Indonesia for profit. These countries eventually flooded the market with cheaper, lower quality pepper. Sad! (Sorry, been reading too much Twitter lately.)

While India is no longer the number one producer of pepper, Wayanad is still tops in terms of quality and aroma.

Look, I didn't believe it either. And then Mr. D. sent me some Tellicherry peppercorns from Wayanad a few years ago. That pepper changed my enjoyment of food. And it also changed my life.

We’ll be at the pepper harvest again tomorrow. To be continued. All photos were taken by my traveling buddy and pro photographer, Alan Shortall. 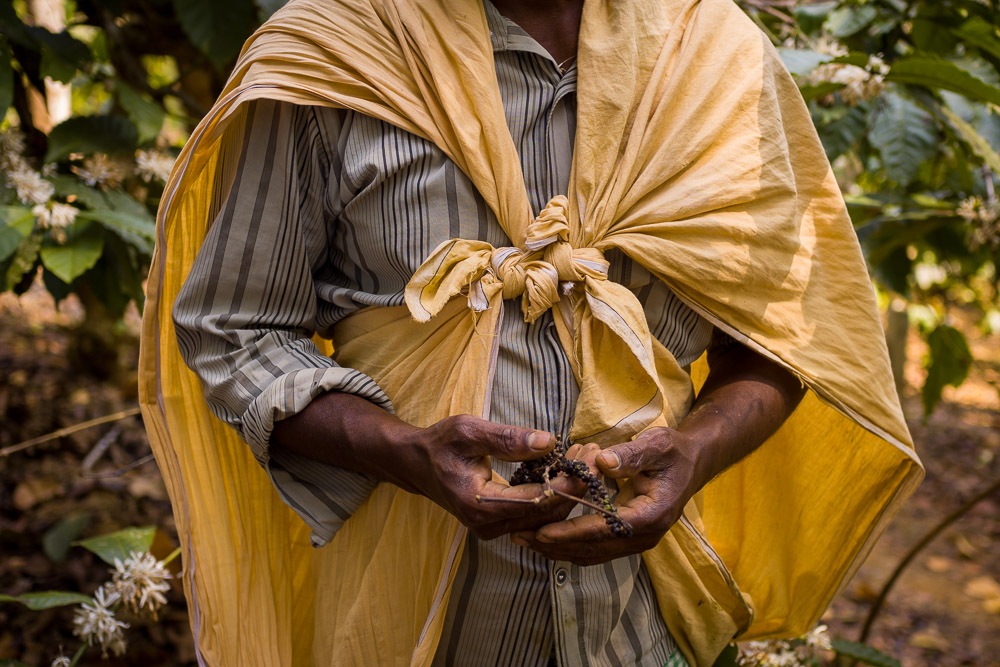 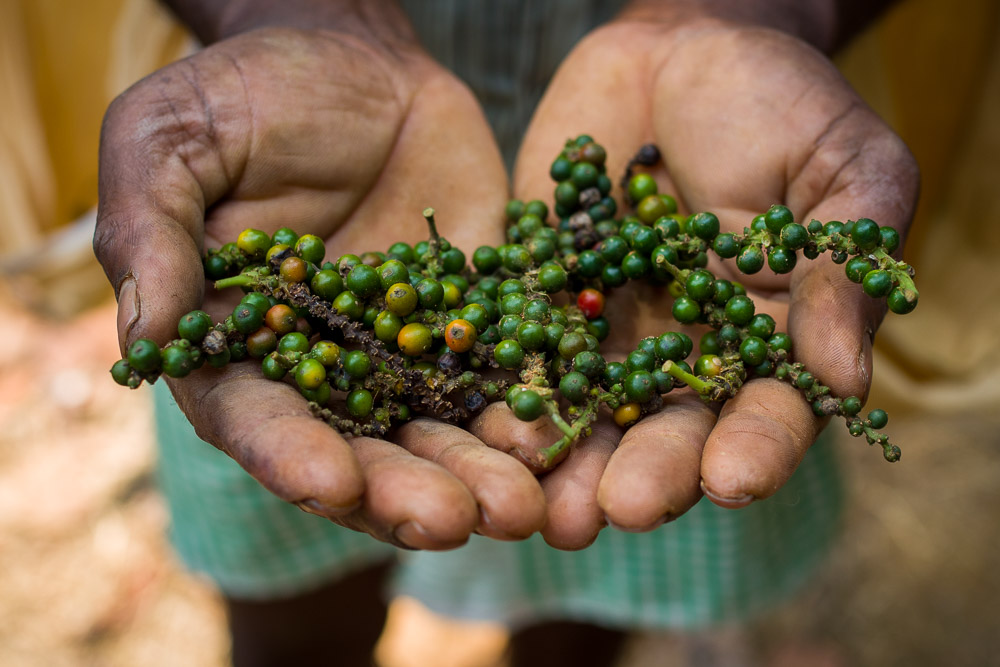 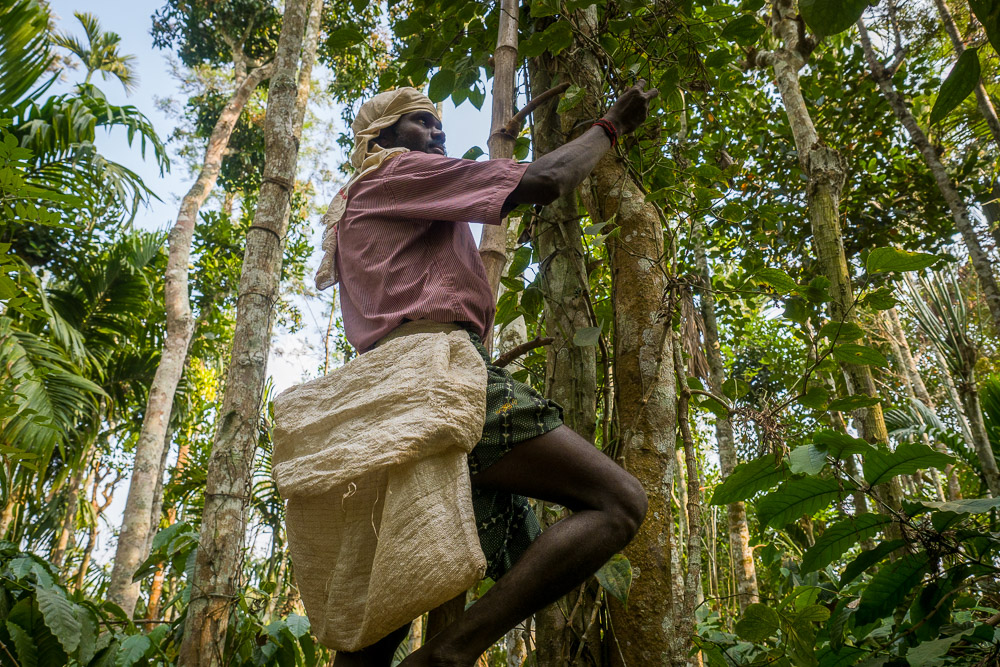 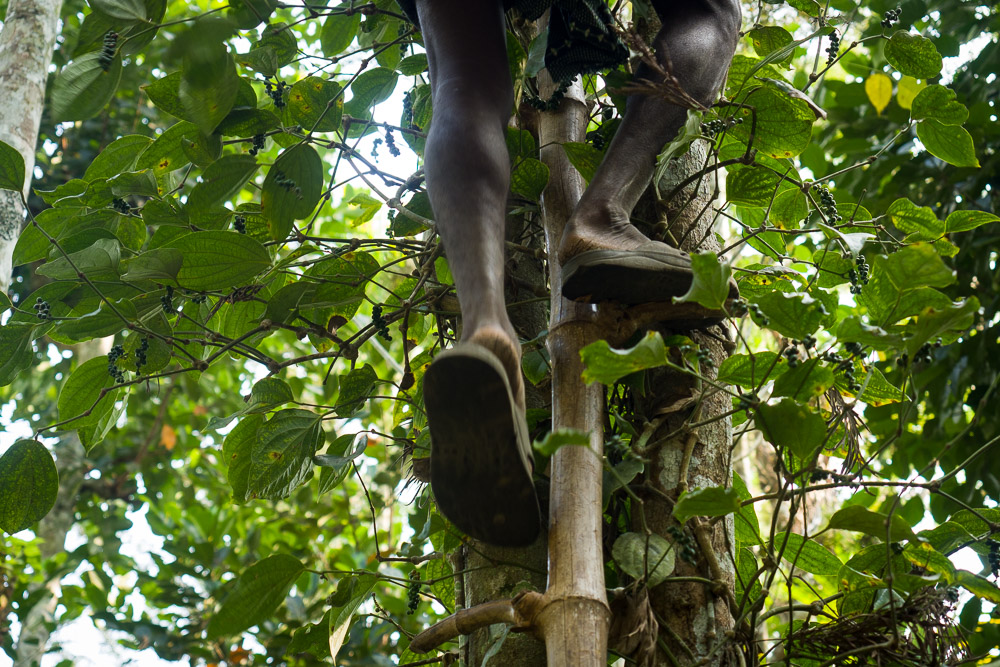 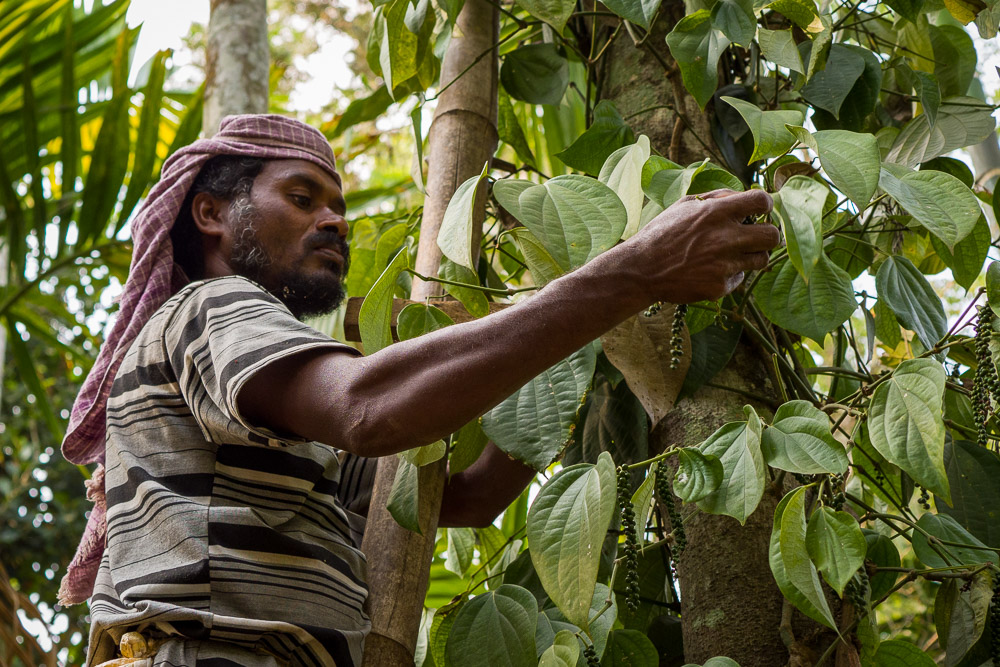 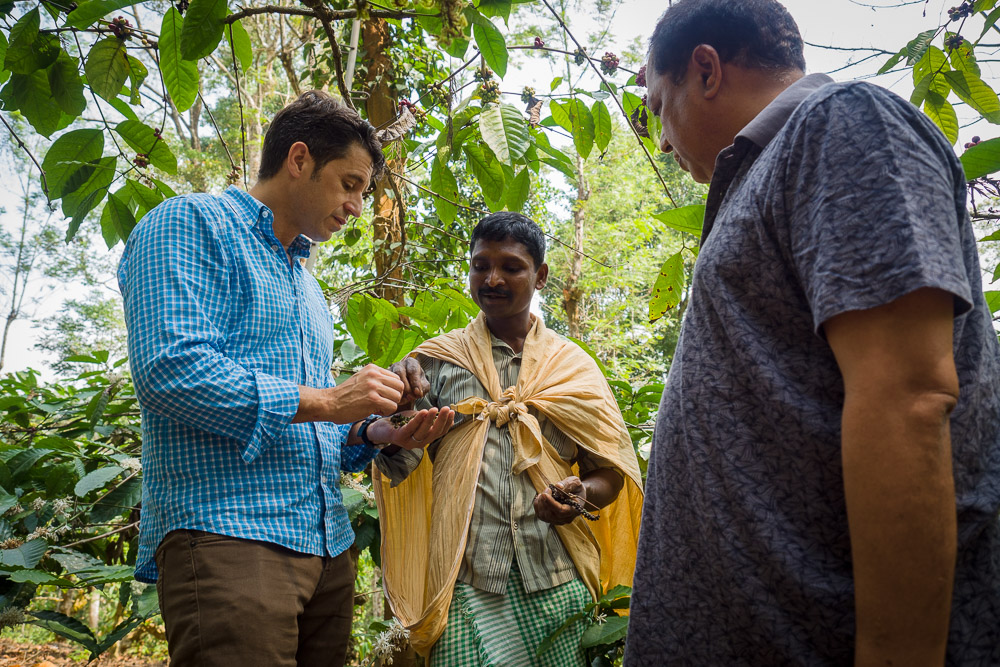 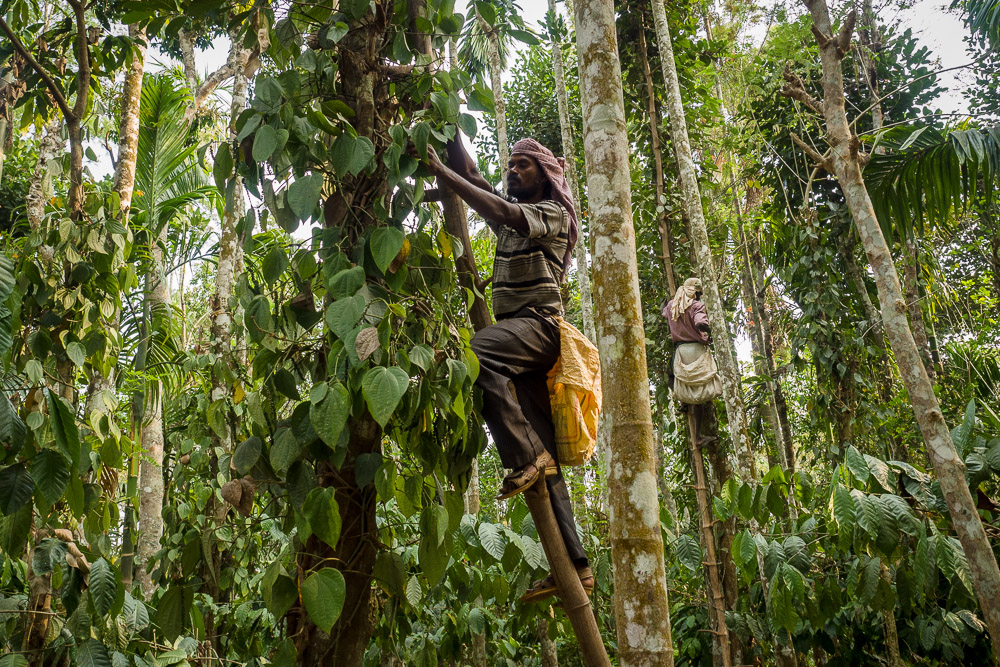 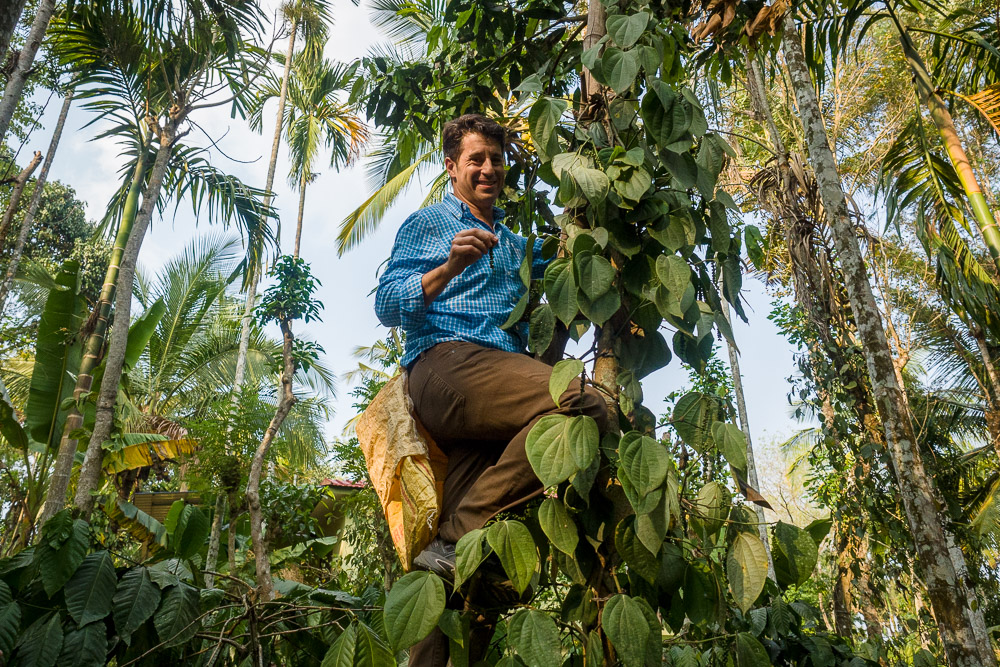 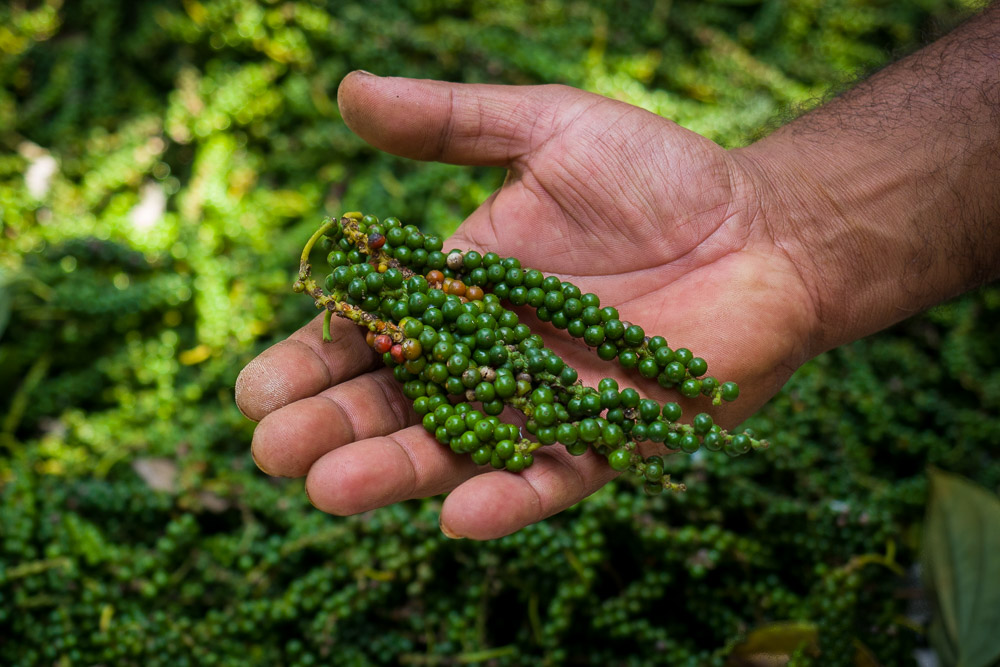 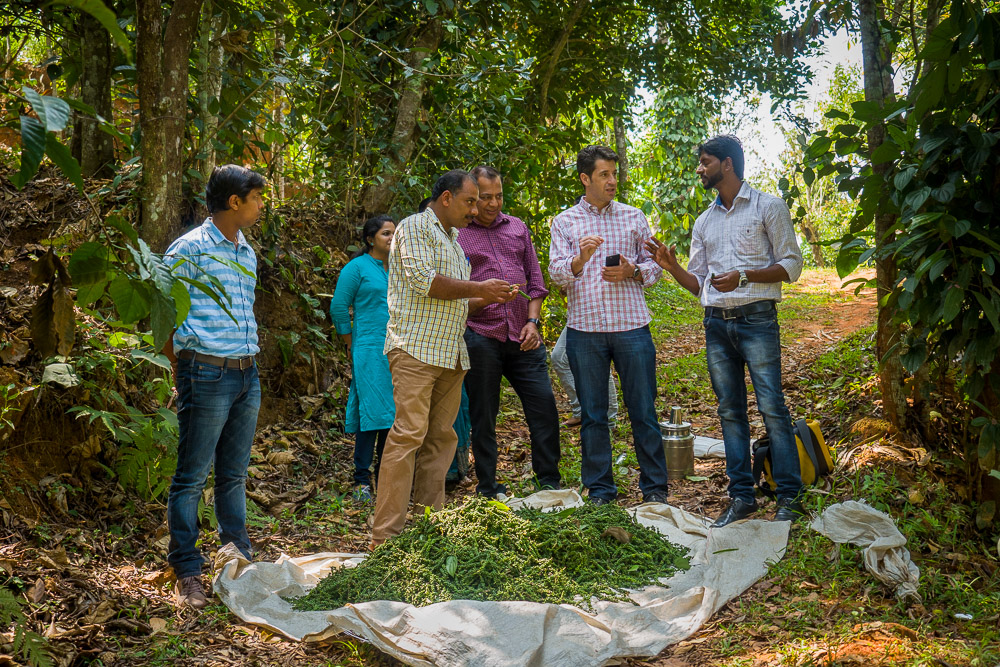 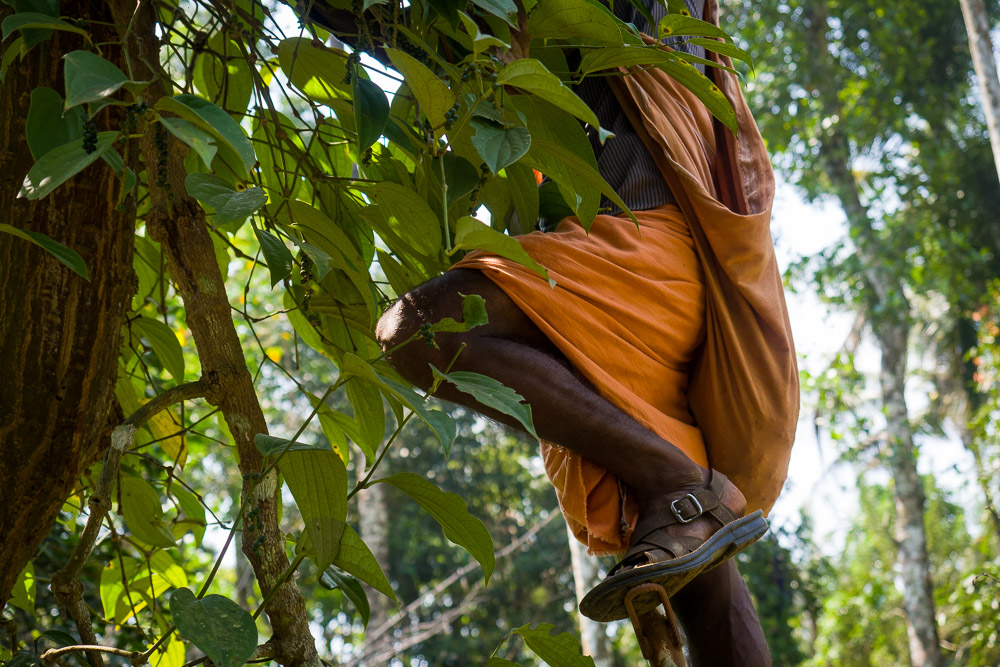 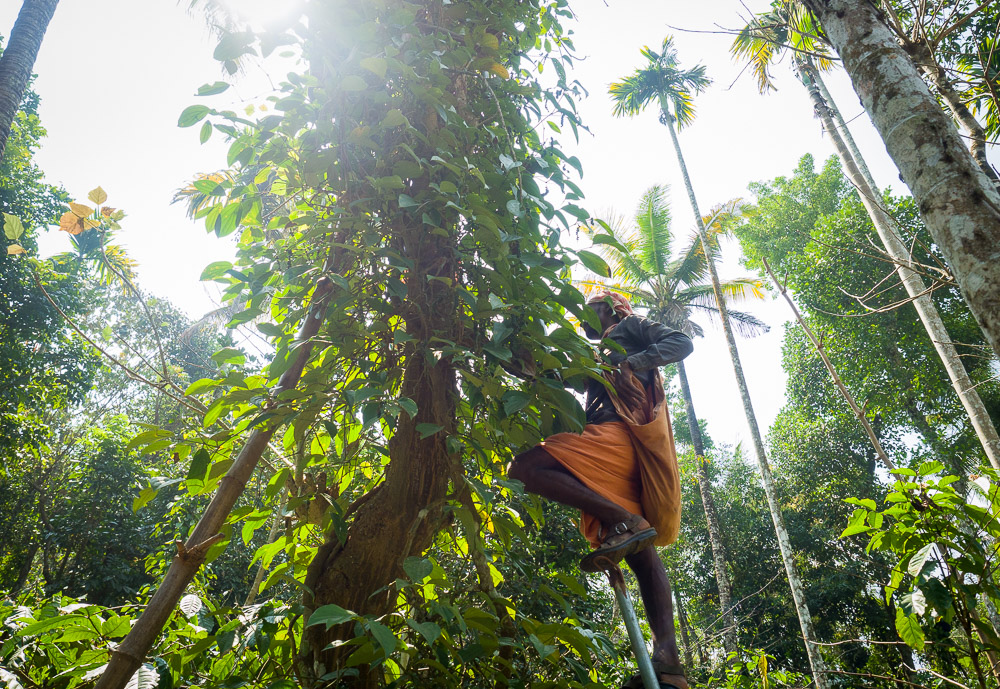 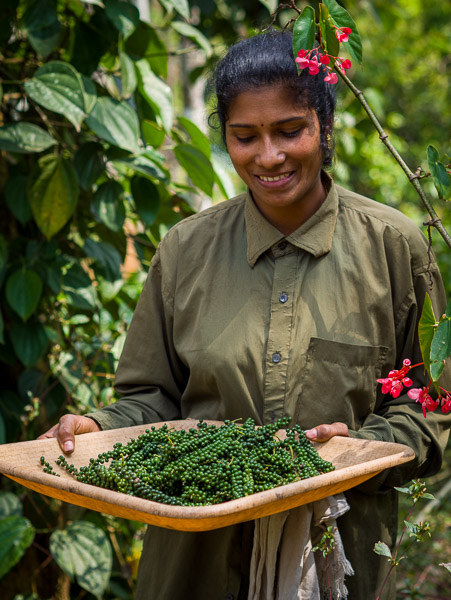 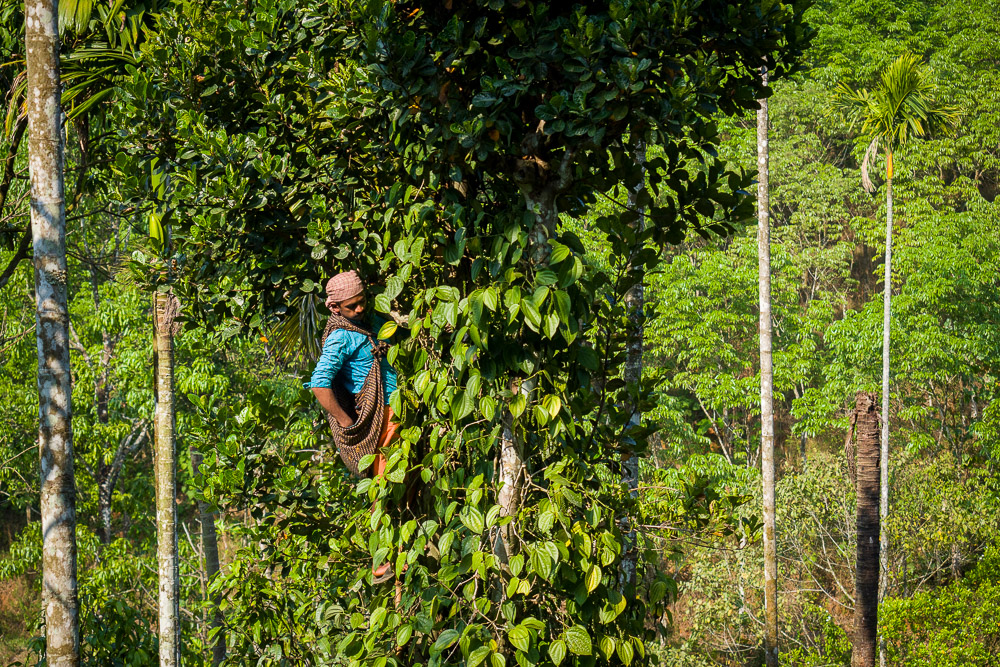 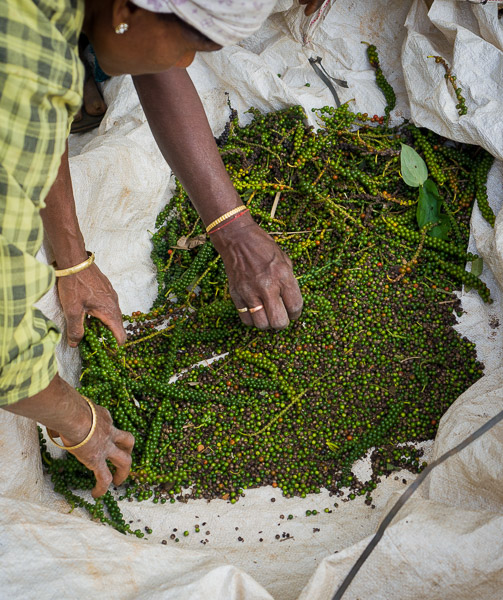 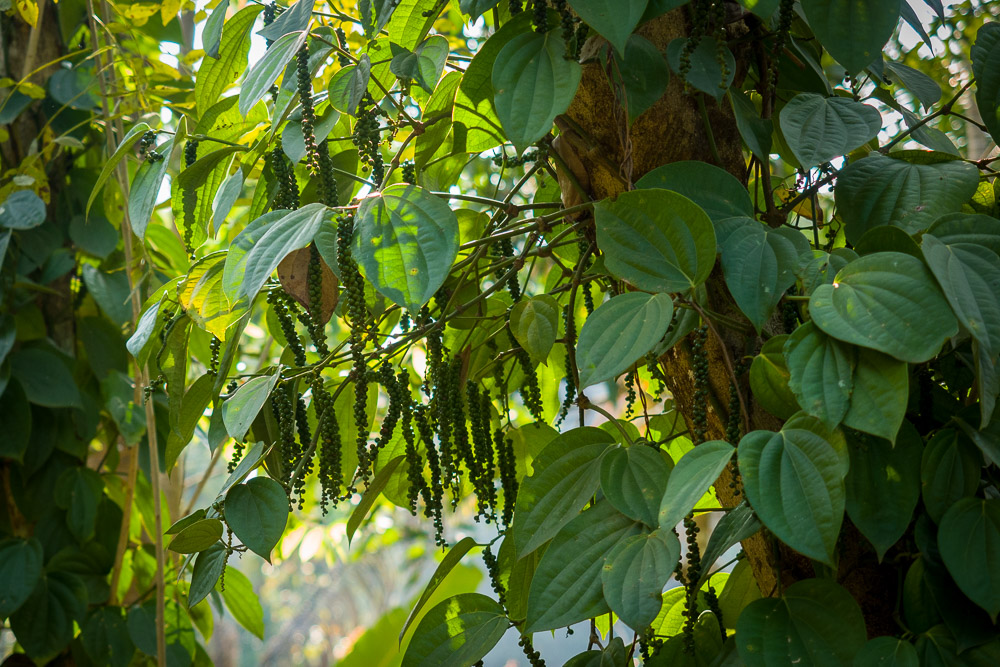 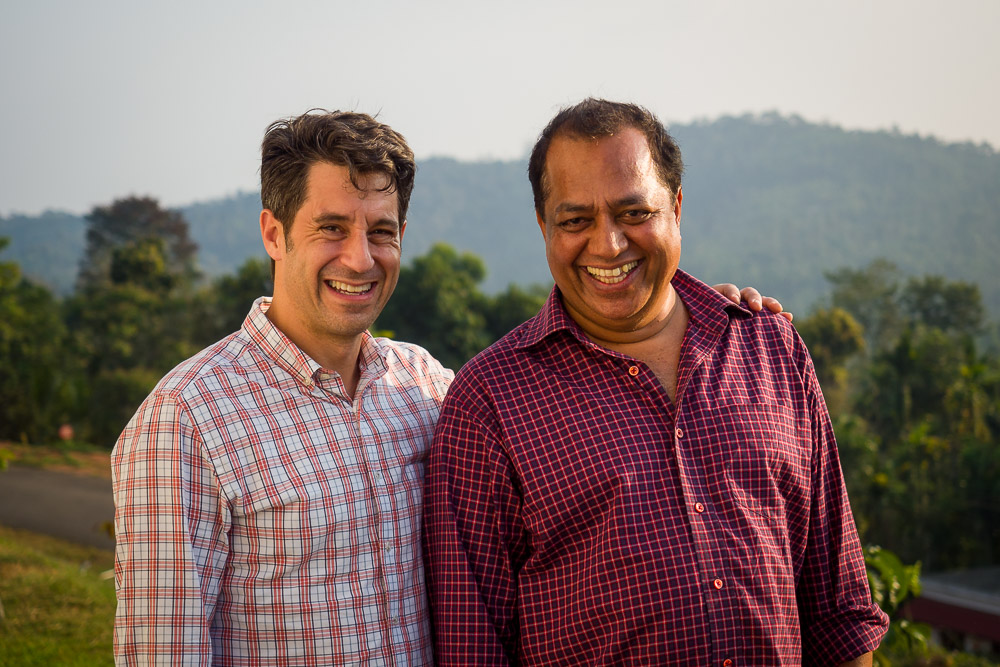 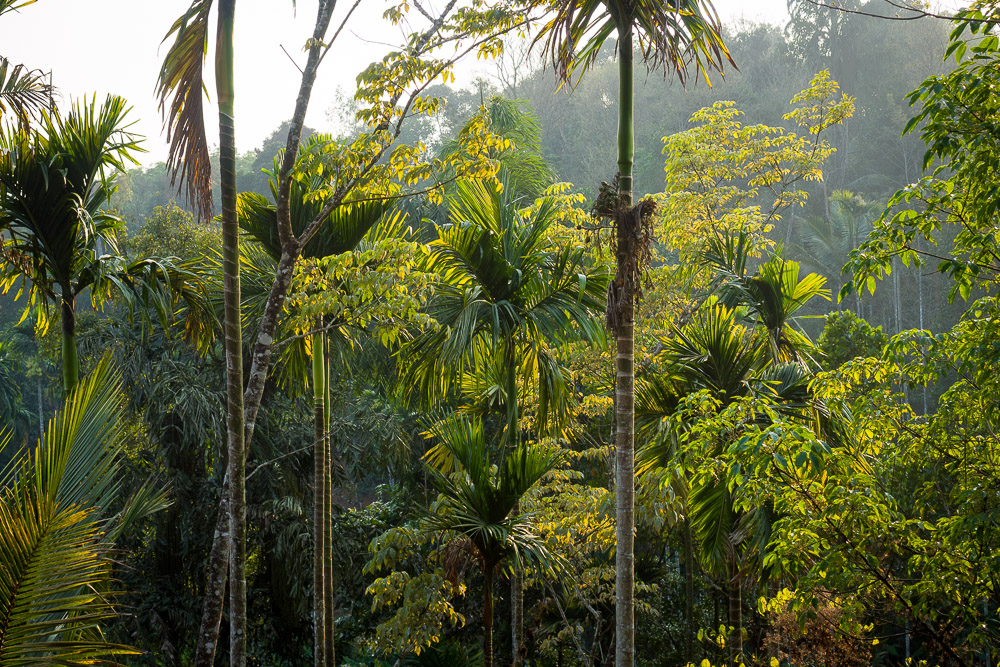 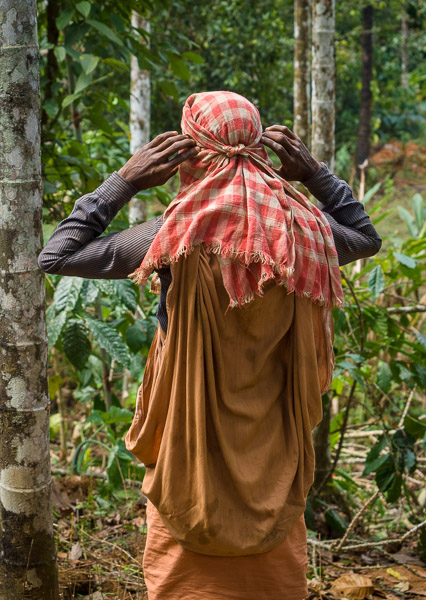 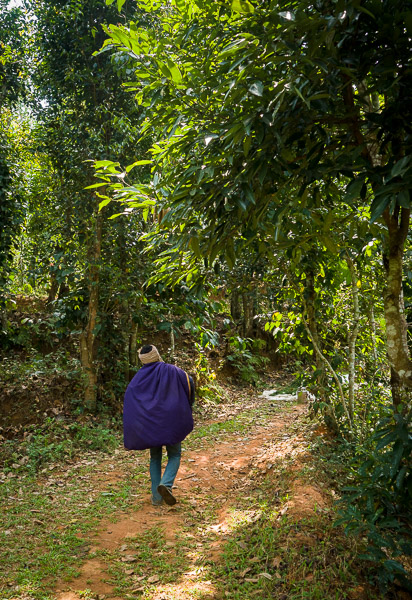 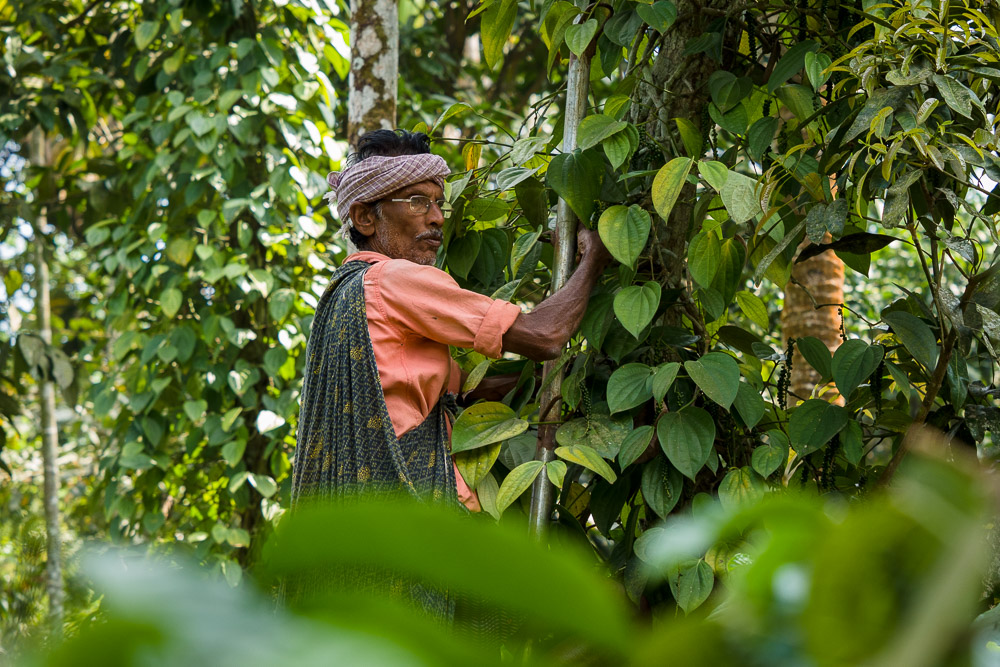 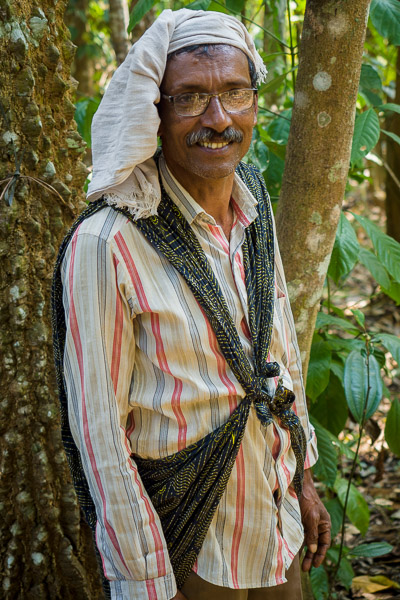 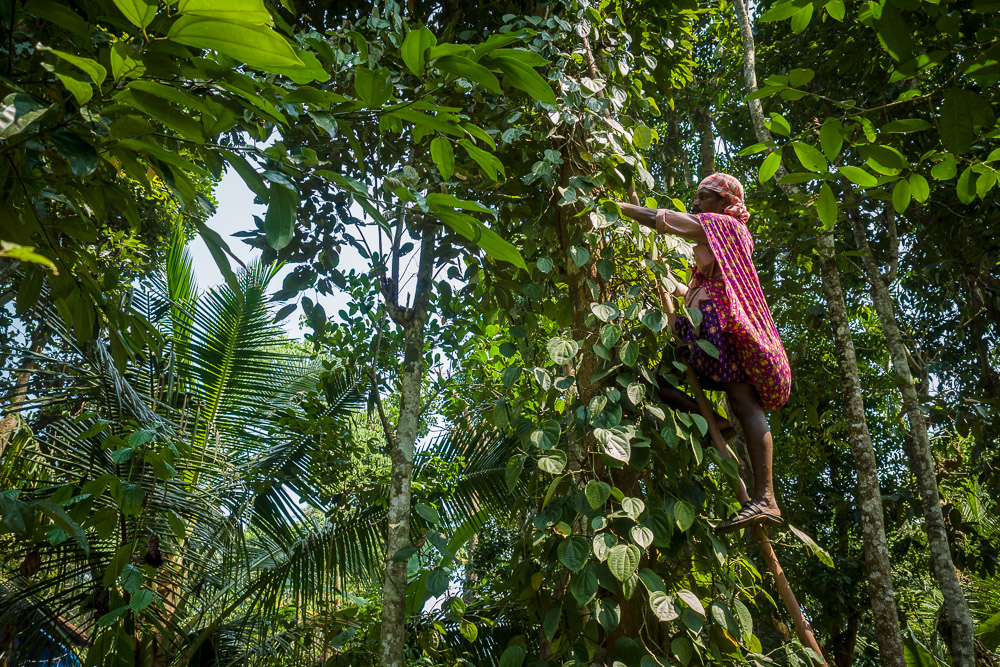 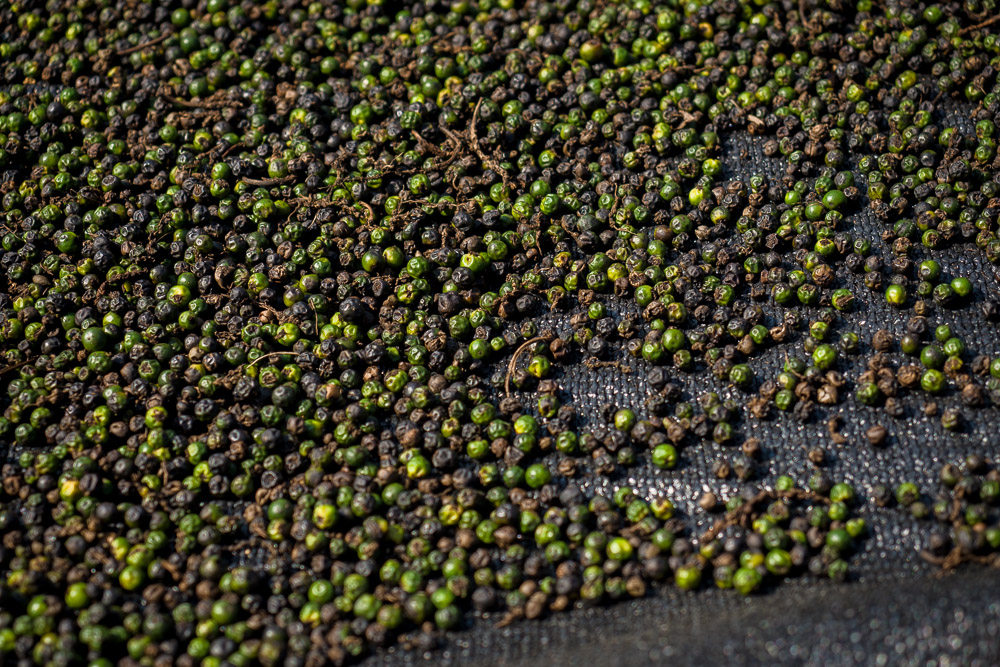 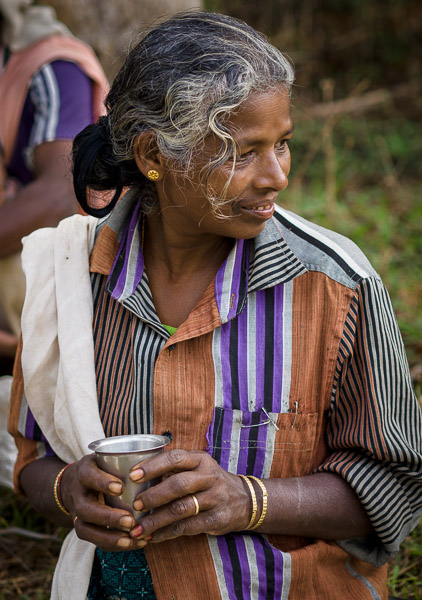 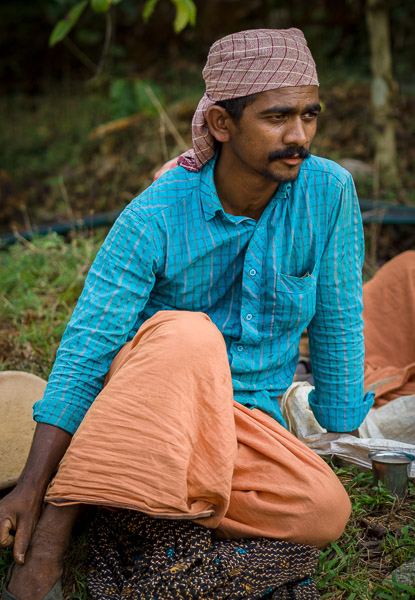 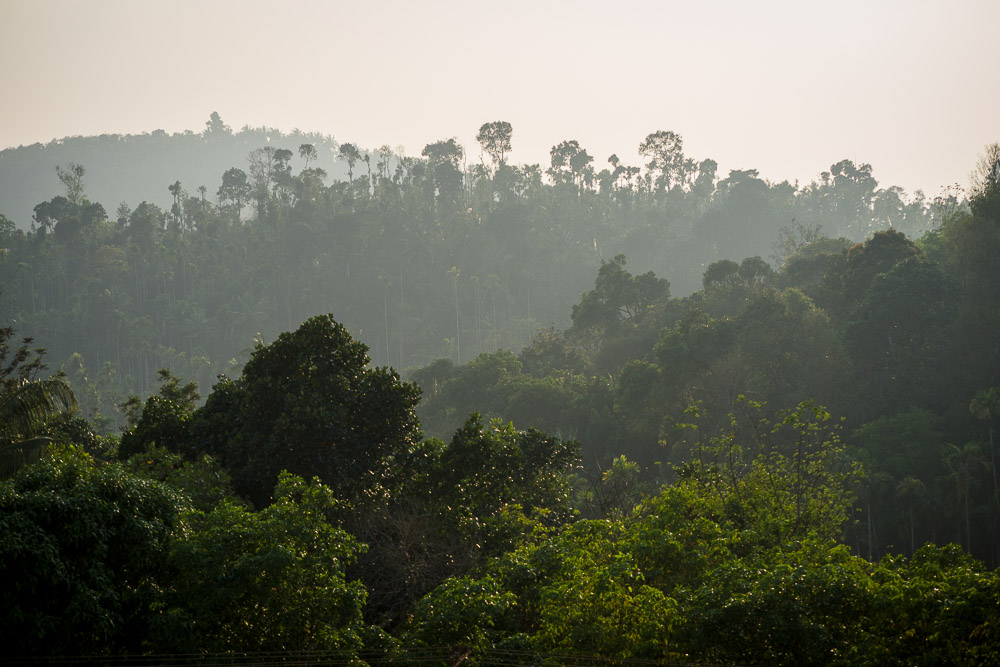